I hope y’all are doing well so far this week. July has been another busy month and I can’t believe how fast it has gone by already. I’ve started thinking about school already, which starts a week earlier than when we normally go back. It’s going to be a completely different atmosphere this semester, but even though things are different I am really excited about it since it will be my last semester in school.

I also had a major dental surgery this past week and have been recovering but today starts my first day back to work and getting back into a normal schedule again, though I will miss just being able to hang out on the couch all day. I had originally thought I would get in a lot of reading, video games, and blogging, but I’ve only read two books and am in the middle of four at the moment. I also didn’t make much lead way in video games either. I did watch Ford vs. Ferrari this weekend though, and it was really good. I’m usually not a race car fan nor do I particular like Mark Wahlberg, but I really enjoyed this one and would highly recommend it.

Because this semester is going to be very busy especially with my thesis paper, I’ve decided that I most probably won’t have a TBR for the rest of the year at least until December after I graduate. I’ve seen a couple of people on YouTube talk about not having TBRs for the time being and I started thinking that it would be a good idea since I didn’t know how much I would be able to read during the next few months.

There are still about 6 books from my July TBR that I am reading which I am hoping to the wrap-up out in the next couple of days or so but I wanted to quickly mention them as I might use some for my NEWTs since I had just added them on the first of the month.

OWLs- Career and books I read in April:

I discovered the Magical Readathon in the middle of April when I was in a small reading slump after the end of spring break. I was also getting ready for finals and the end of the Spring semester along with doing my classes from home since I moved out of my dorm right at the end of my Spring break.

For this readathon, I chose the Librarian career and needed to finish five books. Most of them were pretty easy to get to though there a couple where I had to change books around once I got to those prompts. The five classes that I needed to take for the OWLs were Ancient Runes, Arithmancy, Defence against the dark arts, History of Magic, and Transfiguration.

This readathon is hosted by G at Book Roast over on YouTube. This is my first year doing this though I think I heard about it last year but never thought about doing it. I actually decided to do the OWLS right in the middle of April and managed to finish my last book in the first couple of weeks of May. I have an account on Twitter and get occasional emails but I don’t go on there actively nor am I a fan of it, but I have heard that this is the last NEWTS in light of what J.K. Rowling has said over the last few months. In my younger days during high school, I did get on twitter and I still have it automatically connected to my blog and Goodreads. 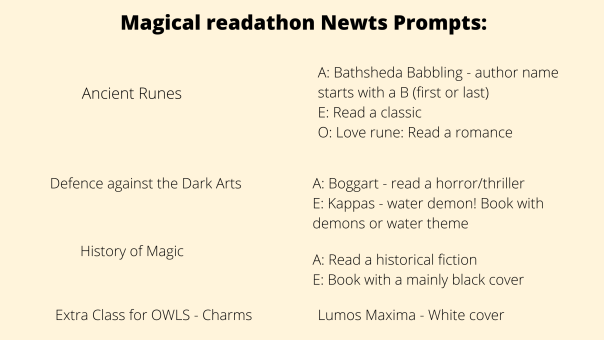 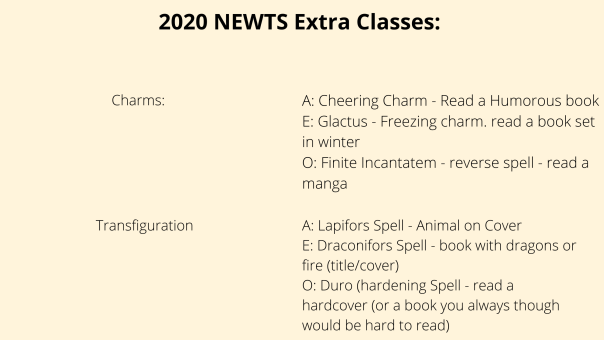 I have added a couple of classes to my career since Flourish and Blotts require an OWL in Charms so I went ahead and chose NEWTS for both Transfiguration and Charms even though I don’t particularly need them. I have 14  books for this TBR, though I also made a list of other books for the prompts just in case I need to change them around as I read them over the next few months. I have them in order for each prompt as well. 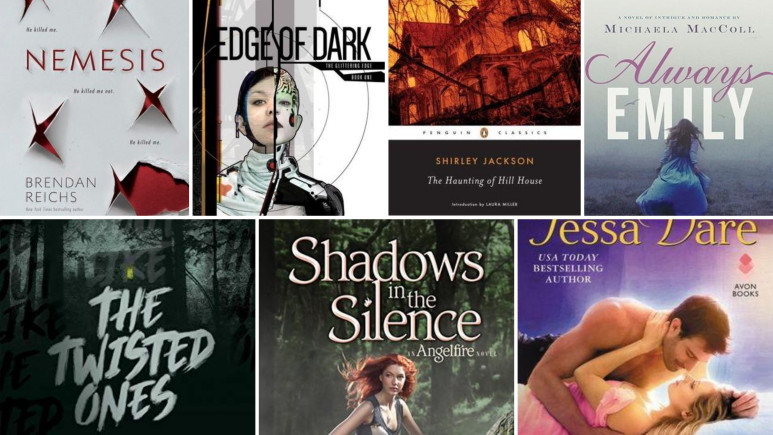 So this is what I have planned for the next few months. This will cover most of my Fall TBR since I am not doing monthly TBRs because of school. What are you guys reading this month? Are you participating in the last NEWTs?

Hope you guys have a great rest of the week!

A Cat, A Book, and A Cup of Tea
The Book Date

“I'm just a girl, standing in front of a book hoping I will love it.”

Metal and the Geek

The Geek with an Edge

The City of Novels